The barium element (barium is a very active chemical element) ignites easily in heat or collision, reacts easily to oxygen, nitrogen, hydrogen, and water, and therefore, like other metals active in kerosene. Stored. In vacuum technology, it is used as a metal to absorb residual gases, and small amounts of it are used in copper and lead mining as a reducing agent (oxygen receptor) and a factor in combustion and gas removal. Barium or nickel alloys are used for electrodes, car spark plugs, and electronic lamps.

Another combination of barium used in industry is barium carbonate. This mineral is used in leather making, textile weaving, as well as barium hydroxide in refining and preparing sugar from molasses and its nitrate in making light bullets and detonating detonators. With its barite mines, industrial barite powder, and crystal barite powder, it is specially used in the glass, paper, rubber, plastic, and barite industries required in the production of radiation-resistant cement blocks and radioactive beams. Contact us to place an order and purchase industrial barite.

What do you know about the amazing uses of barite?

Baryte comes from the word Baros, which means to be heavy or weighty.

Barite is one of the thousands of minerals that have many applications in industry, especially in the energy industry, according to a report by the Young Journalists Club’s Medical Science Group. This beautiful stone is found in colorless or milky color and has unique features. In this regard, today the Young Journalists Club intends to introduce stone barite and its amazing applications. So join us 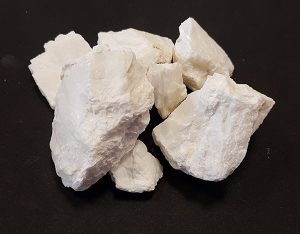 Barite is derived from the word Baros, which means heavy or heavy, and this indicates that Barite is a heavy rock! Barite is used as a heavy additive in drilling mud for oil and gas wells, in the paper, rubber and resin industries, as a filler or developer in textile, ink and plastic industries, and in radiography as a usury gas. In vacuum lamps, it is used as a de-oxygenation of copper (copper regeneration), as a lubricant in anode rotors in X-ray lamps, as a kind of alloy in-car spark plugs and in white pigments, and is widely used in the production of brake pads. Barite constituent elements.Barite composed of barium sulfate minerals (BaSO4).

They are usually colorless or milky but are available in red, brown, yellow, or purple. The color of the barite depends on its impurities during crystal formation. Barite hardness is between 3 and 4.30. The high density of barite makes it valuable and practical. Barite is chemically neutral and insoluble

Most of the barite is extracted from a layer of sedimentary rocks composed of barite and deep in the oceans. In some mines, barite is seen as rock veins, in which case a small amount is extracted. Barium sulfate is formed in the depths of the earth by hot groundwater. In some cases, barite is a by-product of the extraction of materials such as lead, zinc, silver, or other metals. There are nine major barite mines in the United States: Missouri, Tennessee, Georgia, and Nevada. Barite production in China is about 10 times higher than in the United States, India has high production, and about 40 other countries in the world produce barite. Many of the world’s reserves are economically viable, but some are not cost-effective because they are extracted very cheaply in China.

Don’t miss this: Dangerous Areas Known as the Golden City of the World + Images

Barite is seen as a layer and sometimes as a stone cement. The barite layers are mostly gray, ending in silky naps from above and around. The baritone rate varies between 50 and 95 percent. In addition to the aforementioned applications, barite is used as an additive in paints, glazing, plastics, in the production of so-called lead crystals, or lead glass, to prevent radiation exposure of monitor beams and TV picture lamps, and barium sources. It is used in chemicals.

Barite has the ability to absorb X-rays and gamma rays, so it is used in medicine for specific X-ray tests for the gut. It is also mixed with cement and is used to make chambers or chambers to hold radioactive materials, and more recently to make brake pads and clutches for cars and trucks (heavy machinery).

See: Zanjan stone quarry, in the list of the top 10 mines in the world

Barite is found mainly in the form of convection (hard grain) in sandstones as well as crystals that have filled the sedimentary rocks. Barite is also commonly found in the form of conglomerates or filler veins in Lysmeton and Dolomite. When these carbonate rocks are exposed to air, large masses of barite are found on the surface of the bedrock. Many of Barite’s commercial mines are made up of the same sediments. As mentioned, barite is also found in the sandstone as a conch. These concretions are formed as barite crystals at intervals between grains of sand. Sometimes barite crystals form interesting shapes in the sandstone. An example of this interesting structure is Barite Rose, which is several inches long and has a lot of cluttered sand. Sometimes barite is so abundant in a rock that it is considered a cement.

The appearance of barite is generally such that it is easy to identify.

See: Horrible moment of breaking the water barrier in the iron ore mine

It is one of the few non-metallic minerals with a specific gravity above 4. In addition, the low hardness of this material (2.5 to 3.5) and also the three directions of occurrence with the upright angle of this stone have made it possible to identify this material with only three views. Another way to diagnose barite is by using its specific gravity. Suppose we have a few examples of white mineral rocks such as calcite, quartz, barite, talc, and gypsum. To distinguish barite from them, it is sufficient to place one of the specimens in the right hand and the other in the left hand. Stone barite is the heaviest.

All special industries that have softness, lubrication, color, polish, grease and slipperiness, moisture in composition, oil absorption, chemical ineffectiveness and anti-acidity, low thermal and electrical conductivity, lightness, flexibility, and ductility It is important for them to be discolored, disinfected, heat resistant and lubricated at high Talc temperatures. 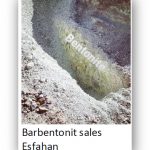 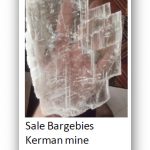 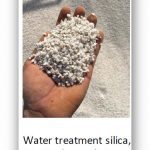 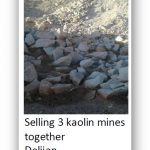 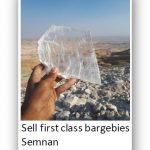 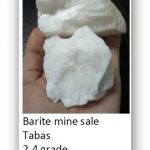 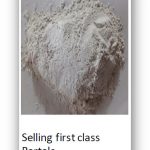 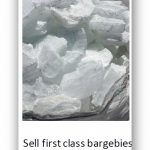 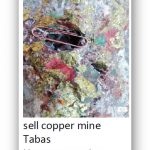 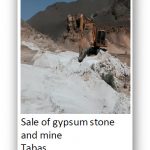 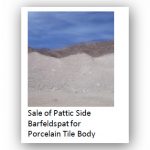